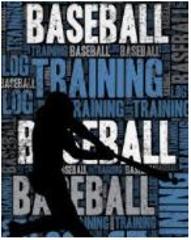 Pitching with Greg O'Connell. The instruction is led by a former D1 pitcher and a long-time head coach for multiple organizations. How to keep your arm in shape and recovery, proper pitching mechanics from the wind-up and stretch, types of pitches, the strategy of the entire at-bat, pick-offs, etc. This class goes by age which relates to pitching distance.

Pitching with Spencer Szwejk. Spencer is the current Dakota HS JV Coach. He was a stand-out baseball player at Romeo HS and a former D1 college player.

Hitting with Coach Charlie Pipp. The current JV coach for Utica Ford II High School has coached many teams and won a Little League State Championship in 2019. He is a former semi-pro player with over 20 years of coaching experience. Coach Charlie works with multiple types of swings from beginner to advanced.

Fielding and Hitting with Coach Dan Tallant – Coach Dan is the current Varsity Coach for Utica Ford II High School. He also coaches an 18U Showcase team. Coach Dan was named the 2021 Macomb County Division 1 Coach of the Year after leading the Falcons to the MAC White championship and a district crown. Ford was also named 2021 Team of the Year.

A 4 week Train and Play clinic for our younger players in September. The classes will be for 90 minutes. Players will be split up into small groups for the first 45 minutes and they will work on drills such as sliding, infield, outfield, hitting, and baserunning. For the remaining 45 minutes, they will play a live game. Teams will be divided up by the instructors. This is the best of both worlds as we are still able to get some quality instruction to the players and the players get to enjoy a game for their hard work and training efforts. Throughout the game, the instructors will be helping the players on game strategy, game flow, and position roles.

Fundamentals
This class touches on all the basics of baseball including hitting, fielding, base running, sliding, and general game strategy. Geared towards the younger player to keep them interested in the game and continuously learning. The class is led by Senior High School Varsity Baseball Players (with some help from our professional instructors on site).

How to keep your arm in shape and recovery, proper pitching mechanics from the wind-up and stretch, types of pitches, the strategy of the entire at-bat, pick-offs, etc. This class goes by age which relates to pitching distance.

Works with multiple types of swings from beginner to advanced.

This class will increase the skill level of the athlete’s fielding and throwing abilities. It will also develop and improve their field presence and awareness in a constant motion and high-energy environment.

This class is a workout!

Camp s
The camp will be run by Chad Roskelly. Chad is a former D1 Michigan State Baseball player and current coach at Eastern Michigan University. Join Chad will be his team of instructors who are current and former college baseball players.

This day camp will focus on Hitting, Fielding, and Baserunning.